CHURCH OF THE ASCENSION AND SAINT AGNES

​An Anglo-Catholic, Anglican Catholic, English Catholic, or Catholic Anglican, is a member of the Anglican Communion [this is the name Anglicans give to the world-wide Anglican Church, which claims 80 million members] who holds catholic belief and follows catholic practice which has been a fundamental element of the Anglican tradition. 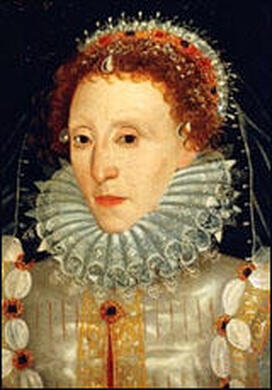 THE ELIZABETHAN SETTLEMENT
Elizabeth I came to the thrown after her sister Mary's death. Many called for reform and for a return to sacred tradition. Realizing that this could turn into a major conflict, Elizabeth chose a middle ground and "Reformed Catholicism" began to take shape. The Book of Common Prayer would come back into use with a few but significantly catholic changes, and the continental Protestant theology of Luther, Calvin, Zwingli, would be discouraged. In addition, there was a tolerance for diverse views so long as one remained loyal to the Church of England and the monarch, Queen Elizabeth. The English people accepted this compromise and it became known as the Elizabethan Settlement. In the mind of Elizabeth, as long as the Liturgy was celebrated from the Prayer Book and she was acknowledged as Head of the Church, tolerance was possible. What this meant was that the seven sacraments, three creeds, catholic doctrine, and the Apostolic Succession of Bishops would remain, but "Romish embellishments" would be discarded.

Of course, held several personal beliefs that influenced the Church of England. She objected to the elevation of the Host during the Eucharist because she thought it was "cookie worship." She also loathed incense, not for of any theological objection, but because it made her sneeze. The Book of Common Prayer was revised in a much more catholic direction with the insertion of just a few words. At the time, the Holy See offered to approve this new Anglican rite, on the condition that Elizabeth reestablish ties with the Church of Rome. Elizabeth declined and she was excommunicated.

It has been stated that the English monarchy had no intention of retaining Catholic doctrine, especially the doctrine of the Real Presence of Our Lord in the Eucharist. However, it was Queen Elizabeth I (who held many catholic views) to those of the reformers within the Church of England who would deny the Real Presence when she said, "Twas God the Word that spake it, He took the Bread and Brake it, And what his Word doth make it, That I believe and take it."

Like those in the Eastern Orthodox Church, Elizabeth affirmed that the bread and wine are truly the Body and Blood of Christ in the Eucharist, but how it becomes his Body and Blood is a sacred mystery known only to God.
​THE PURITAN UPRISING
This middle ground, or Via Media, between Catholicism and Protestantism lasted until the Puritans gained control after the English Civil War. The Puritans wanted to "purify" the Church of England from "to be too many Romish practices." They accepted the teachings of the continental reformers, primarily John Calvin and a sizable minority of the English people seemed to subscribe to such views. In fact, many Puritans served in both Parliament and in the military, eventually becoming strong enough to challenge the monarchy executing both the king and the Archbishop of Canterbury. During Puritan rule, all catholic practices were abolished, altars and stained glass windows destroyed, cathedrals vandalized, and shrines desecrated. After several decades, the English grew tired of the Puritan yoke and in 1660 restored the monarchy. In 1662 the Book of Common Prayer was revised and put back into use.

​THE EVANGELICAL AND CATHOLIC REVIVALS
When Queen Anne died without a successor, George of Hanover was asked to take the throne since he was Anne’s closest living relative. As a Lutheran, he had no stomach for the catholicity of the English Church even though he was its head. The brilliant intelligentsia of the previous Stuart monarchs were thwarted at every opportunity and the integrity of the episcopacy and church hierarchy faltered. This trickled down to the parochial clergy as well. Protestant sentiments became quite ubiquitous in England, but they seemed to lack a religious fervor. A need for reform became evident by the middle of the 18th century.

This middle ground continued, but eventually stagnated. The Stuart monarchs had fostered an environment that allowed intellectuals to thrive in the church. The Stuarts varied in temperament but viewed the Church as something great. They had high ideals for the Church of England.

Two movements in the late 18th century and early 19th century changed the face of Anglicanism. The first was the Evangelical Revival started by two Anglican priests, John & Charles Wesley. While Charles is known for his hymnody, John was known more for his ideas about Christian discipleship. He stressed personal holiness, scriptural study, a steadfast & methodical approach to the Prayer Book, and an emphasis on preaching. He also encouraged more frequent reception of the Eucharist. Unfortunately, Wesleys followers split from the Church of England and formed the Methodist Church.

The second movement is commonly called the Catholic Revival, or the “Oxford Movement.” It was started by a group of students and faculty at Oxford University who began writing tracts critical of the Church of England; these tracts were primarily authored by John Henry Newman. This movement called attention to a decline in reverence and morality and saw the solution as a return to Medieval Catholicism. Initially, the Oxford Movement was focused on catholic theology, while in later years, the focus of the Anglo-Catholic Movement was on catholic practices. The Tridentine Mass (the Latin Mass that was standardized, for all Roman Catholics, at the Council of Trent) was translated into English by members of the Catholic Revival. This became known as The English Missal. Anglo-Catholics that use this or The Anglican Missal (a variation) are known as "Missal Catholics." In the later part of the 19th century, Anglican monastic communities of monks and nuns were formed; the rosary gained popularity; private confessions became more regular; the celebration of High Mass, with full ceremonial including incense, was not uncommon; and priests began to wear "Roman" vestments and clerical garments.

Essentially, the Catholic Reformers wanted to bring medieval catholic practice back to the Church. Some of the reformers, such as John Henry Newman, eventually left the Church of England and became Roman Catholics. Those who stayed, such as John Keble and Edward Bouverie Pusey, did much to change the face of Anglicanism. This new "Anglo-Catholicism" gained many adherents. By the 1920s, one in every four Anglicans identified as an "Anglo-Catholic." As the Church of England spread throughout the British Commonwealth, so did the Catholic Revival. Today, almost half of the Anglican Communion is "Anglo-Catholic" (though most Anglo-Catholics live in the Third World.)

Anglicanism came to the United States with the formation of the British colonies.  After the Revolution, however, the American Church did not want to be identified as Anglican -- which is Latin for "English" -- in its title. So, it organized as the Protestant Episcopal Church in the United States of America. "Protestant" meaning "opposing Roman authority"  and "Episcopal" meaning "having Catholic bishops." They saw themselves as (Protestant) Episcopal rather than (Roman) Episcopal or members of the Roman Catholic Church.

The Catholic Revival came to America as well and flourished in the Northeast and the West. Churches such as St. Mary the Virgin (New York), St. Mark's (Philadelphia), Church of the Advent (Boston), Church of the Advent of Christ the King (San Francisco), and St. Mary of the Angels (Los Angeles) came into being and attracted people by the thousands. These and other Anglo-Catholic parish churches are known for their opulence. They have been left with lavish furnishings and sizable endowments. The reason for this being that the Protestant Episcopal Church, as Church of the aristocracy and political elite, has always had the wealth of our nation (most evident in its generous members) at its disposal.

Today, there are several expressions of Anglicanism within the Church.  There are Evangelicals, or Low Churchmen , those that emphasize the protestant character of the Church. There are Anglo-Catholics, or High Churchmen , those that choose to emphasize the catholic character of the Church.  There are Latitudinarians, or Broad Churchmen, those that share both the catholic and protestant character or a middle way. Today, most parishes of the American Episcopal Church would be considered "Broad" Church.  These names originally designated theological differences, but have now come to refer to liturgical expressions. Due to the changes implemented by the Second Vatican Council, and the revisions made in the 1979 Book of Common Prayer, the liturgical worship in many Episcopal and Roman Catholic churches is virtually indistinguishable,

In today's world, Anglo-Catholic churches provide an outlet for Western Christians who are drawn to the mystery and awe of the ancient Catholic faith. Anglicans have always been free thinkers and have encouraged theological exploration, questioning even the most important dogmas and even doubt - in a healthy way.

The heritage of Anglicanism is one of "worshiping God in the beauty of holiness." Beauty in worship is seen not only as an instructive tool to teach the faith, but also a way in which we honor God. If you visit an Anglo-Catholic church you may find a Mozart, Haydn or Brahms Mass being sung. You may find High Mass celebrated (in English) on Sunday, with all the incense, bells and chanting that go along with it. You may find a group praying the rosary, or other devotions Sunday afternoons you may find Benediction of the Blessed Sacrament after Evensong. You'll find people involved in the Society of Mary, the Confraternity of the Blessed Sacrament, the Guild of All Souls & the Sodality of the Living Rosary.

There is now a growing community of Anglo-Catholics who are very progressive in their views and practices. They have come to these views not out a sense of needing to be politically correct, but by reading the Gospels and taking to heart the words of Jesus as well as being open to the traditions and life of the Early Church. These Anglo-Catholics affirm the full inclusion of both women and LGBTQ folks within the life of the Church. Many progressive Anglo-Catholic Parishes provide for the celebration of marriage for both same and opposite gender couples. Liturgically, these Anglo-Catholics are quite open to celebrating the Mass in the contemporary idiom and some have adopted inclusive language in their celebrations of the Eucharist.  These Anglo-Catholics have also harkened back to the beginning of the Catholic Revival in advocating for and meeting the needs of the poor, the oppressed, the marginalized and the ostracized.

While continuing to adhere to Anglo-Catholic practice in theology and liturgy, these progressive Anglo-Catholics have felt moved by the Holy Spirit to bring the movement into the new millennia. Ascension and St. Agnes is one of these parishes. When you come to worship with us, you will find an open, affirming and inclusive community of Christians dedicated to the service of Jesus Christ by way of the Anglo-Catholic tradition. And because Ascension and St. Agnes has a vibrant and significant history within the African American community, you will also find a diverse Church in which there is always a place for you.